Five years ago, the world was filled with bubbles. As the epicenter of the First Bubble, Tokyo received the worst of it as one exploded, devastating the city. Tokyo was abandoned, but “orphans of the Bubble Fall” took advantage of the ruined city to move in. One of these orphans, HIbiki, often hears singing from the tower where the blast originated. When he explores the tower one day to find the source, he’s injured and rescued by a bubble, which takes on the form of a human girl. She’s named “Uta” and the two begin a relationship that changes them both for the better.

Bubble opens by setting up a colorful but dangerous world for these kids as we watch them parkour over the ruins of buildings and city structures. It’s striking and one of the best parts of the entire movie as the action switches from relaxing to exciting. The other elements; plot, characters, and romance don’t hold a candle to these parkour scenes so I highly recommend going into this movie not expecting much substance in those areas.

[Editor’s Note: Please assume from this point forward that everything–quotes, images, and summaries–in this post, unless cited otherwise, comes directly from Bubble (2022). This post also goes into in-depth spoilers for the movie. Thank you.] 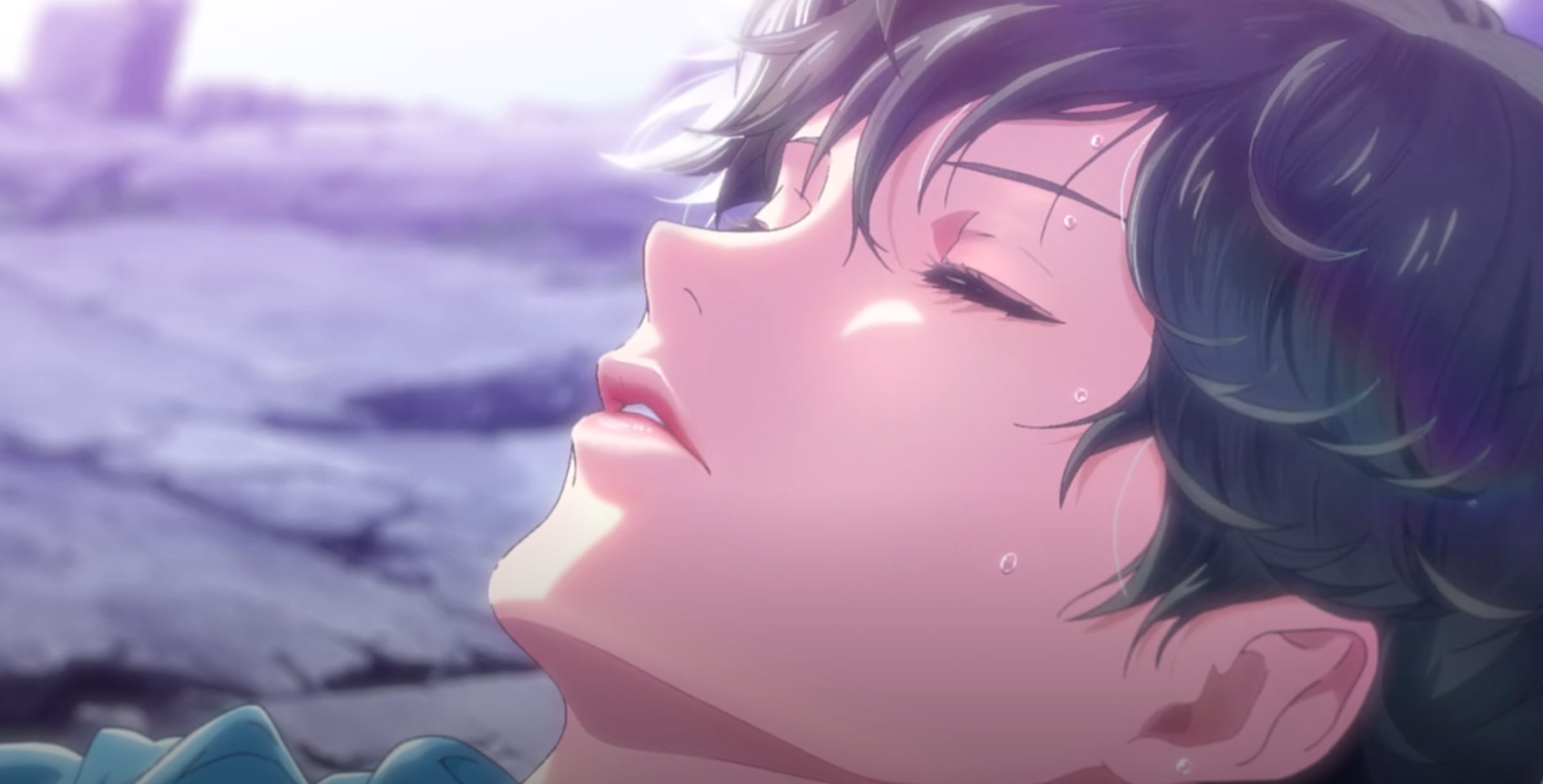 Besides the parkour, I love how bizarre Bubble can be at times. The gangs of kids competing for resources isn’t taken too seriously and the background characters made me laugh a few times like Lobster Man. The first half of the movie is strongest for these reasons and before the romance takes a tragic and banal turn in the second half.

I also enjoyed how the male lead, Hibiki, is introduced as a very cool guy, but also has layers to him. He does have a character arc of sorts as he has to learn to bond with his team and trust them.

It’s heavily implied that part of this isolation may be because Hibiki’s on the autistic spectrum. When he reveals his story to Uta, it’s shown that he’s always struggled with hypersensitivity issues pertaining to sound. When the bubble hit Tokyo, he was under the care of a facility with many other kids similar to him. There are other disabilities represented too, like the character of Shin, one of the only adults in Tokyo that acts as a referee for the parkour games. While the movie doesn’t get into much detail about them, I think it’s refreshing to see casual representation in this way.

I think Bubble does a good job of taking inspiration from “The Little Mermaid,” a fairy tale written by the Danish author Hans Christian Andersen. Uta is able to speak and learns to communicate with Hibiki, but their differences are still shown in how she begins turning into bubbles whenever she touches him. There’s a poignant moment when she watches someone else hug him and realize she will never be able to do that.

The montage of the two getting to know one another and doing parkour together was very wholesome. It said a lot about how close the two had gotten and was visually stunning. However, the shift into the second hour of the story reveals how hollow their relationship still was as the story told us they had gotten close but not shown them bonding over anything else except parkour. I strongly think the movie shouldn’t have tried to get serious and attempt the same tragic ending as the original fairy tale.

The original ending of Anderson’s fairy tale is much more somber than the Disney version. The mermaid doesn’t win the prince’s heart, but is given the opportunity to return to the sea if she kills him. Instead, she flings the knife away and turns into bubbles. Even in death, she’s not given complete peace as she’s told that she may float to heaven after three hundred years. Bubble already had a clever twist on the fairy tale that gave the mermaid more agency, so the ending feels like a slap in the face to this. It’s revealed the Bubble Fall was caused in part by Uta and she ends up sacrificing her life to stop the second collapse.

Throughout the movie, the idea of circularity and spirals are brought up. The nature of creation and destruction being two sides of the coin is shown through small things like the growth and decay of plants and bigger ones like space. Uta’s sacrifice is meant to represent this circularity as only a great sacrifice can lead to great peace. It’s a moving attempt, but it comes off as rather shallow because she hasn’t received enough development by this point. It’s also very clear she’s sacrificing herself for Hibiki, the prince, which is…not great. 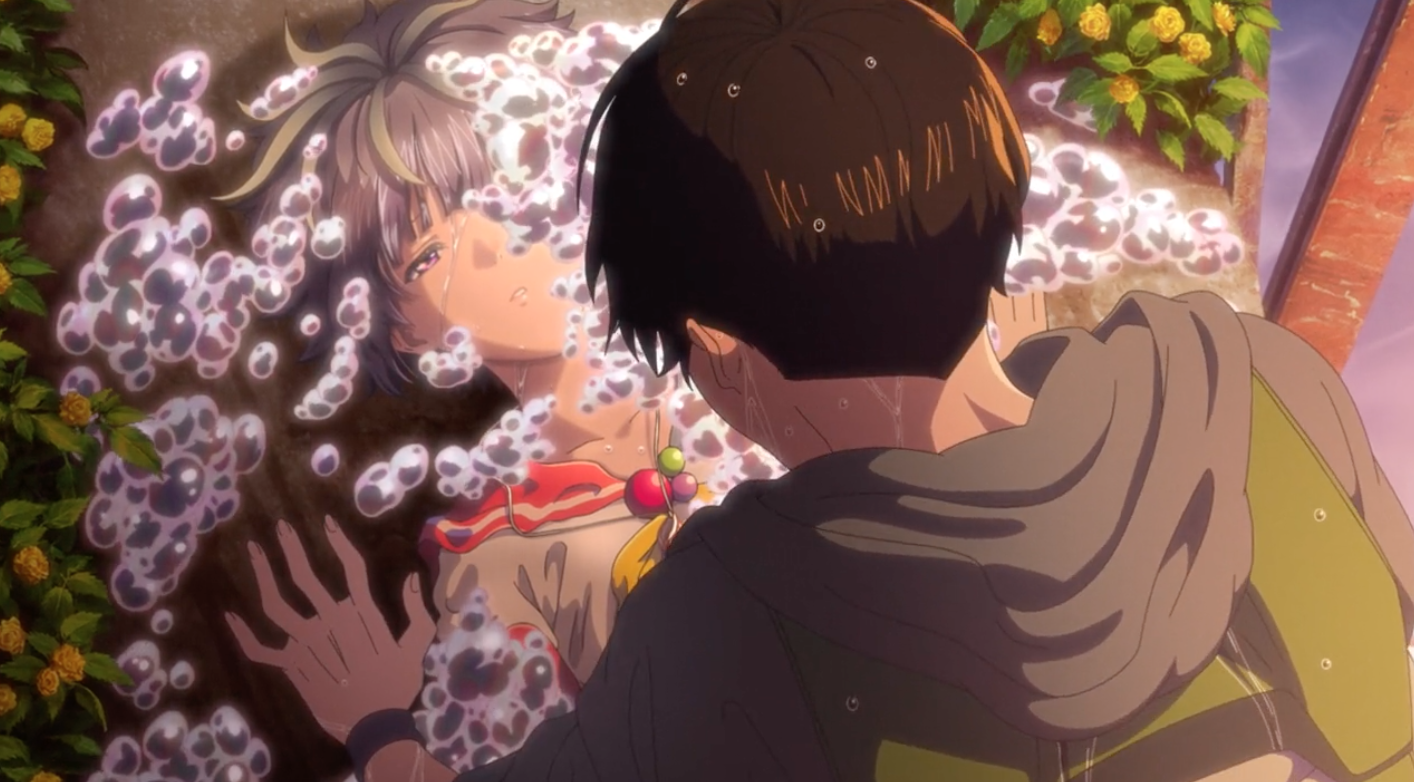 Personally, Bubble’s ending hits one of my biggest gripes with stories that have characters sacrificing themselves. Especially when they are girls and women. Frankly, I think one person sacrificing their life is a boring solution to a problem that’s presented. While humans can be incredibly altruistic, one sacrifice doesn’t solve problems and it often takes away from the importance of communal support, sacrifice, and the complexity of solving social issues.

It may sound like I’m asking too much from a movie about kids doing parkour, but silly movies can have good writing, too. They can be much stronger for it and, I would argue, Bubble made the choice to have a serious ending itself.

As I was watching the movie, I was reminded of Weathering with You. I find the ending to that movie very interesting in comparison to Bubble as the two share many similarities. However, Makoto Shinkai’s movie succeeds more in nailing the idea of a hopeful apocalypse by having the kids at the end of it refuse to sacrifice themselves. Perhaps that analysis is for another post. 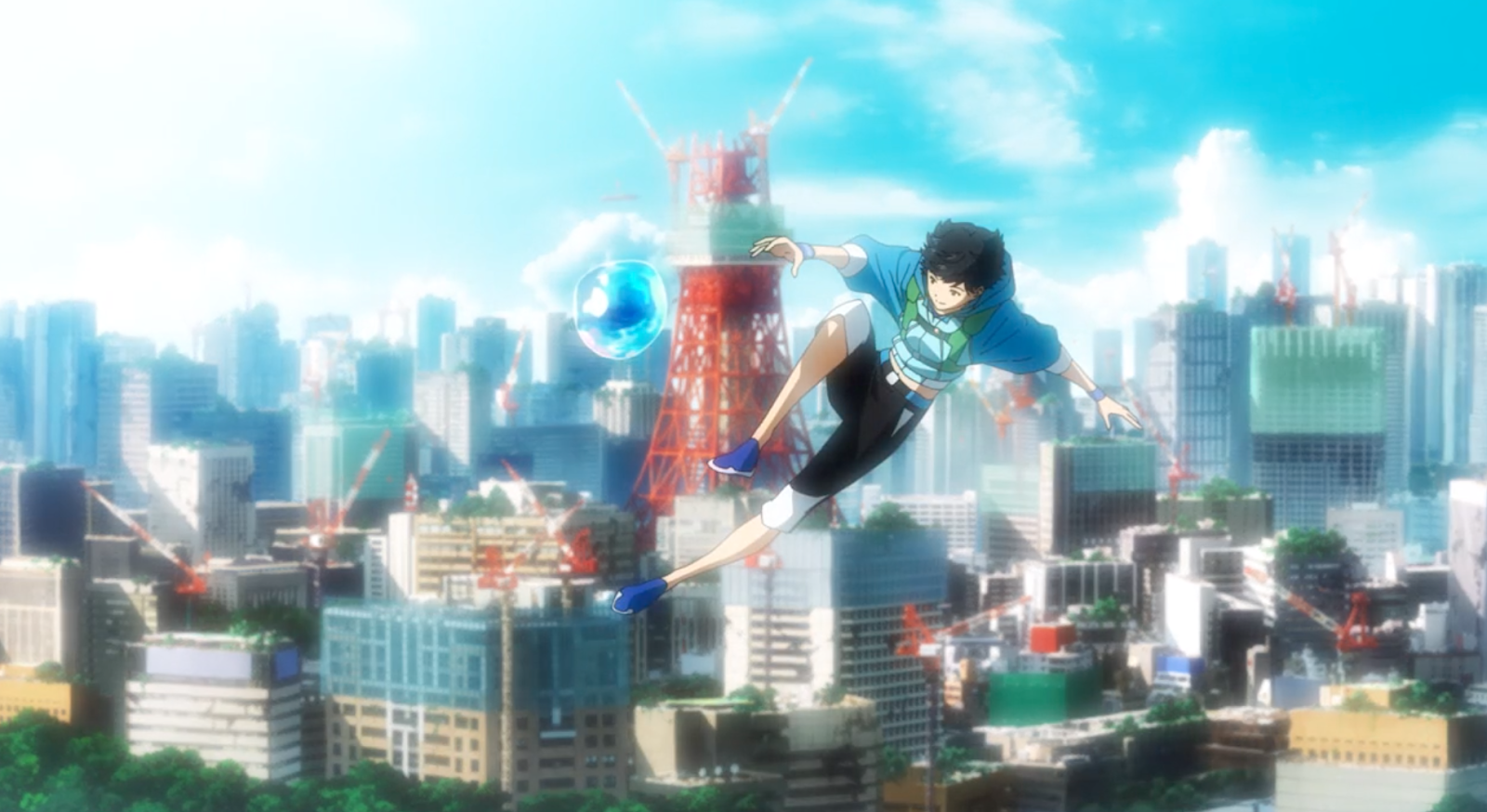 Overall, Bubble is a movie that’s very easy on the eyes and which you can get the most out of through a big screen. I found myself drifting and getting bored after the first half as the action took a break to focus on more serious aspects of the story. I admire its attempt to keep true to the origins of “The Little Mermaid,” and it could’ve been done much better. However, I don’t feel like I wasted my time and enjoyed the movie for what it was.